Nocturia is the scientific name for frequent urination at night. This is different from enuresis or bedwetting in that the person is able to wake up and empty the bladder in the bathroom.

One study showed that about 65% of adults above the age of 55 were reported to suffer from frequent urination at night. Normal people are able to sleep for 6 to 8 hours without the need to get up to urinate. It is considered a disorder if it occurs multiple times per night on a regular basis.

Although frequent urination at night is not usual, it shouldn’t be accepted as inevitable. In many cases, steps can be taken to reduce bathroom trips and enhance sleep. Understanding the basics about nocturia, including its causes, consequences, and treatments, can be a first step for humans of any age to sleep better and with much less bothersome nocturia. 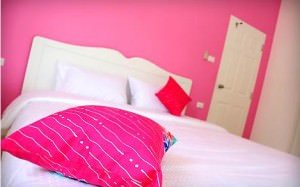 Frequent urination at night is considered to be a sleeping disorder because its causes severe disruptions in sleep patterns. For one, this problem wastes time that could have been used to sleep. More often than not, when you wake up at night to urinate your body loses heat. When you come back to the bed you will have to re-warm your body, also diminishing sleep.

This is known as nocturia

Causes of Frequent Urination at Night

As mentioned earlier, studies show that 65% of people above the age of 55 experience frequent urination at night. As human beings get older, they produce less of the hormone Anti-diuretic Hormone ADH that assists the body to retain fluids. In addition, bladder capacity tends to shrink with age. Old age is also associated with many conditions that affect the bladder.

The symptoms of frequent urination include:

Coping With Frequent Urination at Night

The best way to cope with this condition reduce fluid intake during the day and especially just before bedtime. Ideally, fluid should be taken early during the day. It is also important to keep tract of what you drink so as you can determine which types of drinks exacerbate the condition.

Drinks such as alcohol, coffee and tea should be avoided as they are known to stimulate the kidneys to produce more urine.  From the causes listed above, it is clear that frequent urination at night has very many causes. Taking care of the underlying condition goes a long way to reducing the number of times you urinate at night.

Elevating the legs an hour or more before bed in order to reduce the resorption and conversion of peripheral edema to urine during sleep.