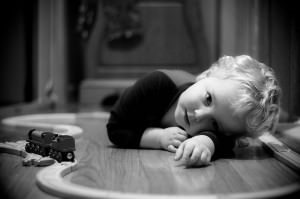 Nap is a short period of sleep that is taken during the day in addition to normal night sleep. It is estimated that close 85% of all mammals have a nap at different times of the day. Man has trained his mind to be a monophasic sleeper – having 2 distinct periods of sleep and wakefulness. In most other mammals, these two periods are not clear-cut and this phenomenon is referred to as polyphasic sleeping.

The Nap has for along time been looked down upon by the human race. In most cultures, it is generally accepted that only children and elderly people can nap. In all other ages groups especially teenage, it is seen as laziness.

The busy lifestyle in the US is keeping people from their nap. This has made people in the US to be some of the most sleep deprived in the world. Experts agree that a nap is not a solution to inadequate sleep at night. However, 20 to 30 minutes of sleep in the afternoon is known to improve alertness and performance. Here are some of the famous people who were known to nap religiously:

Planned/Preparatory nap: here a person chooses to nap without necessarily getting sleepy. It involves preparations and rituals. If you expect to stay late at night, then you need to have a planned nap in the early afternoon.

Emergency nap: this is trigger by the brain since the body can no longer be active due to tiredness. This type of nap is encouraged among people who drive for long distances or operate heavy machinery.

Habitual nap: this not only planned by occurs at the same time everyday. Young children and old people nap habitually.

Benefits of a Nap

As much as a nap has its benefits, some people find it difficult to nap. Have a nap in places other than their beds. By design, some people cannot sleep in the afternoon. Here are some of the disadvantages of having naps:

Tips for Taking a Nap