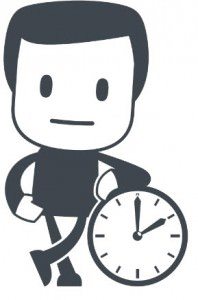 Insomnia is always an indicator of underlying sleep disorders. The symptoms of insomnia include:

If insomnia lasts for a few weeks, it is referred to as acute insomnia. Chronic insomnia is insomnia that lasts for more than one month.

The word “apnea” refers to a short interruption in breathing that occurs during sleep. Sleep apnea is one of the commonest sleep disorders and is closely associated with obesity. In fact, the large your neck is, the higher your chances of developing sleep apnea. Sleep apnea is classified into two: Central and Obstructive.

In obstructive sleep apnea, the soft tissue at the back of the neck collapses causing the patient to snore. Central sleep apnea originated from the brain and is related to poor signal being sent to the muscles that control breathing during sleep. Sleep apnea is treated using COPD. Weight lose goes a long way in treating sleep apnea.

It is estimated that about 10% of American have RLS. It is one of the sleep disorders that result from poor nervous communication between the brain and the organ (legs). RLS define the sensation felt in the legs as:

The above described sensations force the patient to move their legs so as to get relief. The creepy sensations are mostly felt at night or anytime when the patient is at rest.

Some sleep disorders affect the sleep-wake cycle. In narcolepsy, the patient simply cannot differentiate when to or not to sleep. The sudden sleep attacks in narcolepsy can occur at anytime. In fact, a narcoleptic can be talking to you and then they just suddenly fall asleep. This condition is characterized by extreme daytime sleepiness.

Parasomnia is a general word used to describe all the abnormal activities that occur during sleep. In fact, some sleep disorders discussed in this part of the website such as bruxism, sleep walking and sleep talking are classified as parasomnias. The weirdest parasomnia is sexsomnia where someone performs sexual acts or is even involved in actual sex while asleep.  Parasomnia normally occurs when muscle atonia (muscle paralysis) does not occur during REM sleep.

As you can see, there is a lot to be learned in this section about sleep disorders. Be sure to try out some of the tips suggested at the end of each topic.