During sleep, the body remains still with very few activities related to wakefulness occurring. Parasomnias are abnormal sleep behaviors. These forms of sleep behavior affect not only the quantity but also the quality of sleep. 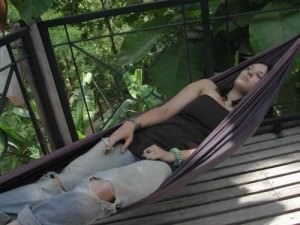 These are the most common forms of abnormal sleep behavior:

This is one of the commonest sleep behavior and is observed in about 17% of children. At only 4% prevalence rate, it is rare among adults.  Simple episodes of sleepwalking involve sitting on the bed while more complex episodes involve actual walking as the person does other activities. After waking up, the person may not remember any part of the sleepwalking episode. In adults, this behaviors associated with sleepwalking are usually caused by the following factors:

This sleep behavior is where by a person wake ups and screams as if they are in great danger.  They may try to run but end up hitting the wall. In some cases, an episode of night terrors may result in damages. Sleep behaviors involving night terrors are only experienced by only 3% of the population. Nearly all cases of night terrors will result in amnesia over the episode.

Teeth grinding sleep behavior occurs when a person grinds their teeth while asleep. It not only wears down tooth enamel but can also lead to pain in the jaw. In addition, it interrupts the persons sleep and that of the sleeping partner. It is mainly caused by 2 main factors:

This is one of the weirdest forms of this behavior.  Sleep sex which is also referred to as sexsomnia is where a person engages in sex activities while asleep. These sexual activities can be:

This behavior is closely related to sleep walking. In SRED, the person walks to the kitchen and eats food. In some cases, attempts can be make to cooks. Apparently, this is among the most dangerous behavior especially if the person is diabetic or has allergies.