Sleepwalking also referred to as somnambulism, is a kind of parasomnia (sleep disorder that causes abnormal events while sleeping) in which a person walks. It is common for children. Even though it is common for children, it can occur in adults also who have various disorders including sleep deprivation. In sleepwalking, the walker is usually still in deep sleep. It is therefore difficult to wake them up; they may not even be able to remember the incident.

In the US, it is estimated that up to 15% of the population has sleepwalked at one point. Contrary to popular opinion, sleepwaking is not necessarily associated with madness or any psychological problem. It can be an independent condition.

In most cases, the activities in sleepwalking are usually simple. However, there are complex instances that have been reported though not certified. In 2004, a woman stated that she has had sex with strangers while sleepwalking. In 2008, a lady was reported to have sent emails inviting her family and friends while sleepwalking. 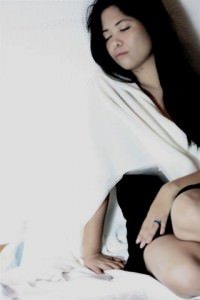 Sleepwalking: How it occurs

Sleep is classified into 2 main stages: REM and NREM (Rapid Eye Movement). The NREM is further categorized into four levels: 1 to 4 which are then followed by REM. A normal adult will keep shifting/moving to and from the different stages each lasting for about 1.5 hours.

Sleep Walking is most common among identical twins. If one parent is affected, there is a 45% chance of the child developing the condition. This rises to 60% if both parents are sleepwalkers. Walking in sleep is generally not associated with any gender. There are several environmental factors are precipitate sleepwalking:

In addition to the above environmental factors, there are medical conditions that tend to make people sleepwalk:

There is generally no treatment for this problem. The episodes of this usually tend to go down as the child grows older and the mind develops. In adults, getting off the environmental or medical factor will usually do the trick. Hypnosis has been should to treat many cases of somnambulism.

Sleepwalking can be dangerous. Therefore, all measures must be taken to ensure any episode is as safe as possible. All sharp objects in the room should be removed. Sleepwalkers should not be allowed to sleep upstairs or near windows.