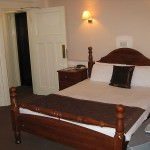 In recent times, a lot of ground has been broken in understanding sleep. Still, sleep remains to be a mystery to the human mind. Human can seem to understand why they have to spend 1/3 of life sleeping. So fascinated is the human mind about sleep that top sleep movies have been made.

Here is a short preview of a few top sleep movies:

To run away from the grief of losing his wife, Sam Baldwin and his son Jonah move from Chicago to Seattle. However, after about 18 months of relocating to Seattle, Mr. Baldwin seems not to have gotten over the loss of his wife. In fact, in those 18 months, he hardly gets enough sleep.

He is reluctant to date again though his son wants him to move on. During Christmas, Baldwin’s story is aired on a local radio station and attracts the attention of a certain Miss. Reed who is at the time already engaged. This is one of the top sleep movies that bring out the effects of grief on sleep.

This is one of the top sleep movies that was released in 2002. While investigating the murder of a young girl in Alaska, a detective (played by Al Pacino) finds himself accidentally shooting his colleague while trying to arrest suspect.  To cover up for his actions, he is forced to frame a bystander. This attempt to cover up the shooting only brings him emotional distress yet he still has to solve the girl’s murder.  While all this is happening, another investigator does not believe that the by stander killed the detective and begins to carryout her own investigations………

Animators the world over has also created top sleep movies. Somewhere In Dreamland is one of the few top sleep movies that will appeal to children. One evening, two children- a brother and sister- are sent to fetch firewood by their poor mother.

For supper, their mother only has dry bread which she serves the children and put them to bed. That night, the two kids dream of places that are filled with popcorns, ice cream and rivers filled with chocolate. They wake up to find all these foods at their door step the next morning.

Lucy is a college student who lives with her sister and brother in-law. This family is by all means dysfunctional. To support her lifestyle and the family, she has to take up two jobs. She is a subject in a lab experiment; clean a local restaurant and makes photocopies in one of the offices she works in.

One day she gets a well paying job at a brothel that pays $250 an hour. Her job here is to serve drinks to men while wearing lingerie. With time her boss – Madam Clara- finds a way of putting drugs in her drink that put her to sleep. She allows men to play with Lucy with any kind of penetration.