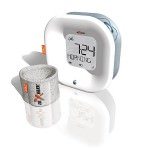 In this section of the website, you will get to learn more about sleep media. You will get to know more about top sleep songs and movies that have been created. Here is a short preview of what you can expect here:

As people try to understand sleep, songs have been written about sleep. “Sleep all day” is a club hit written and sung by the Jamaican musician Sean Kingston. In this song, Sean Kingston talks about partying all night and sleeping all day.  The video features young adults drinking and dancing at night.

“No Sleep” by Wiz khalifa is one of the many rap songs that have been written about sleep. It is similar to “Sleep All Day” by Sean Kingston in that it talks about having fun at night and sleeping the next day. In this song, Wiz Khalifa drinks all nights and goes to bed only to wake up in bed with two “hot” women. Khalifa’s advice to you if you want to stay awake all night is to drink and smoke weed.

Apart from songs, there are a lot of movies have been made about sleep. In the sleep media part of this website, the movie “Sleepless in Seattle” has been reviewed.   In this movie, Sam Baldwin together with his son Jonah move from Chicago to Seattle in an attempt to escape from the sadness of losing his wife.

18 months later, Mr. Baldwin is yet to get over losing his wife and this is clearly seen in his inability to sleep.  His story is aired by a local radio station and gets the attention of a certain Miss. Reed who fall in love with him despite her being engaged to another man. How will this scenario turn out? What the movie to find out!!

Other movies that have been reviewed under this section of sleep media include:

Lullabies have been sung to children so as to induce sleep for a long time now. Unlike the top songs and movies sections, the top sleep lullabies section does not attempt to review any lullaby. You will find general information about the benefits of lullabies.

Of interest to you would be the “Mozart Effect”.  The Mozart Effect is a theory that claims that babies who are sung for lullabies grow up to have high intellectual capacity.  The general characteristics identified in most lullabies have also been explained in detail.  At the end, you will find a list of top classic lullabies.

Other frequencies that have been discussed in detail in this section include:

From the explanations given for each frequency, you will get to know which frequency is good for sleep or for making complex decisions.