Seasonal allergies are inflammations that affects people in some times of the year but not others. An allergen is a particle which a person is allergic. It can be pollen, dust insects and many others irritants. Allergen do not affect all people in the same way, in fact some people are not at all sensitive to them. 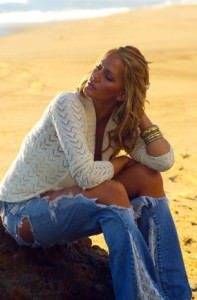 The work of the immune system is to protect the body and is made up of antibodies. When the body becomes aware that a foreign object has entered the body, it mounts an allergic response. However, in seasonal allergies the body is hypersensitive to antigens that are normally harmless.

During inflammation cells, blood, fluid and other elements of the immune system accumulate in high numbers at the site of entry. The classical symptoms of seasonal allergies include:

While seasonal allergies by themselves do not have any impact on sleep, the symptoms do. For example, a running nose and nasal congestion make sleeping difficult. In addition, some of the products produced after episodes of this allergies like histamine are harmful to sleep. That is why anti-histamines are prescribed to patients with this allergies.

Studies have also shown that seasonal allergies increase the chances of snoring and Obstructive Sleep Apnea (OSA) in children. Parents who have children affected by this allergies should therefore pay close attention to symptoms of sleeping problems. It is estimated that about 15% of American adolescents use drugs for treating allergies.

It is generally accepted that it is difficult to cure seasonal allergies. However, it is possible cope with it. Coping is by both behavioral and pharmaceutical approaches.

It is important that your keep away from your allergen. Your can do this by:

When you are experiencing seasonal allergies, you should bath with eucalyptus. A few drops of eucalyptus are dropped into bathing water; the air around you is filled with eucalyptus fumes. These fumes are an effective decongestant for the nose and relieving other symptoms. Bathing also relaxes your body in preparation for sleep.

There are many drugs available for treating seasonal allergies. However, if your aim is to avoid insomnia and other sleeping problems then you should keep off OTC antihistamines and decongestant. Most of these over the counter medications cause insomnia as a side effect.