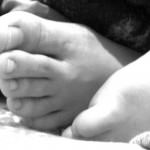 Attention Deficit Hyperactivity (ADHD) describes a condition whereby a child hyperactive, loses concentration or is inattentive. Though common in children, it is also seen in adults. ADHD and sleep are related in that they can affect each other. Some ADHD and sleep studies have shown that a child with ADHD is more likely to suffer from daytime sleepiness.

Another Attention Deficit Hyperactivity Disorder and sleep study found out that 50% of children suffering from ADHD show symptoms of sleeping disordered breathing. Only 22% of children without ADHD show the symptoms of sleeping disordered breathing. ADHD and sleep surveys have shown that children with ADHD are more likely to suffer from Restless legs Syndrome (RLS) and Periodic Leg Movement Syndrome (PLMS).

ADHD and sleep survey have shown that sleep deprivation can easily be confused with ADHD. You sleep, when sleep deprived, children and adult respond differently. Adults generally become tired and sleepy. Children, however,   tend to overcompensated by being overactive which the main characteristic of ADHD is.

Therefore, ADHD and sleep experts recommended that all efforts be made to ensure enough sleep before an ADHD conclusion is arrived at. The following ADHD and sleep disorder symptoms over lap:

To achieve sleep, it is important for someone to slow down. In ADHD, the child is not able to relax even when put to bed. The child may actually continue playing on the bed. Besides taking too long to sleep, ADHD and sleep studies have shown that ADHD patients tend to wake up too early in the morning.

ADHD and Sleep disorders can both lead to depression. ADHD is related to poor concentration even in school. Such children may find themselves always in trouble with teacher and parents especially if the condition is undiagnosed. The child may feel overwhelmed and think that everyone around is against them leading to depression. As you may know depression, however it arises, is a major cause of sleep problems.

Various ADHD and sleep studies have shown that sleep deprivation resulting from ADHD in turn exacerbates ADHD symptoms. This creates a cycle that runs on and on if the symptoms are not identified and treated early.

According to the Center for Disease Control and Prevention (CDC), in America, the prevalence of ADHD is about 4-5%. Boys are more affected than girls. However, the prevalence among adult men and women is generally the same. The actual cause of the condition is not known but the following are thought to be risk factors:

Reduce on Sugars and Junk Food

In a person who is already hyperactive, carbohydrates and sugars are the fuel needed to explode the problem. In addition, refined sugars tend to increase brain activity that is not good for sleep. It is therefore important to reduce the intake of such foods especially too close to bedtime.

Exercises make the muscles to be tired. Tired muscles relax more easily than un-tired ones. However, exercises should not be done too close to bed time. They should be done 4-5 hours before bedtime.