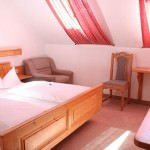 A baby spends about 22 hours sleeping but these hours drop as it becomes more aware of the environment. Part of the changes that occur as a person grows older affect their sleeping patterns. Falling asleep and maintaining sleep is difficult in older people than in children. Aging and sleep disorders are related in that more sleep problems occur in old age.

Sleep occurs in different stages: REM where dreams occur and N-REM which is dreamless. These two stages are important for quality sleep. In fact, the sleeping pattern from NREM to REM is repeated several times throughout the night.

Research on aging and sleep show that as a person ages, changes occur in the sleeping patterns they spend more time in NREM part of the sleep cycle. What use to be a cycle involving NREM and REM suddenly becomes one stage of NREM. This leads to poor quality sleep since NREM is associated with light sleep. With very short or no REM, old people do not enjoy the benefits of dreaming positive dreams.

A study on aging and sleep done among American seniors showed that the prevalence of the following symptoms was high:

Studies on aging and sleeping have shown that the prevalence of sleep diseases tend to increase with age. The research on sleeping and aging goes ahead to say that disturbance in sleep can be attributed to physical and psychiatric diseases in old age and the drug used to treat them.

Aging and Sleep: The Hormone Factor

Further research on aging and sleep shows that the low secretion of some hormones in old age could be to blame. The hormone melatonin is seen to be lowered in old people. This hormone is responsible for the controlling the sleep/wake cycle. Aging and sleep studies show that low melatonin levels confuses the body over when to sleep and not to sleep.

Research on sleep and aging show insomnia is high among old people because they spend most of their time indoors. As you may know, the sleep wake cycle is controlled by light and darkness. In the evening as it gets darker, the hormone melatonin begins to be secreted and its levels in blood increased in the coming hours.

Melatonin lowers body temperature and increase drowsiness which are important in sleep. To avoid drowsiness during the day, melatonin is lowers on exposure to sunlight. It is therefore paramount for seniors to get exposed to enough light and darkness in order to sleep well.

Research on aging and sleep problems have shown that all the diseases associated with seniors such as diabetes, heart problems, GERD among others can and often affect sleep.