There are many factors that cause insomnia such as stress and medications. However, some of the cases of insomnia can be traced back to caffeine. Caffeine is one of the most popular stimulants that is contained in beverages such as coffee and tea. If your sleeping disorder is not caused by caffeine intake, then reducing or avoiding its intake will definitely go a long way in calming the symptoms. 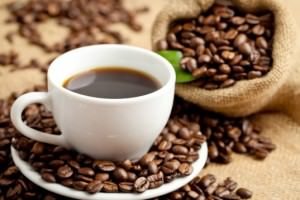 Caffeine: How It Affects Sleep

As pointed out above, caffeine is a stimulant. It makes your body and brain active thereby making it difficult to achieve sleep. It also blocks the activity of chemicals/hormones such as melatonin that are important in inducing sleep. Most of the drinks that contain caffeine are usually taken hot. This poses a problem in achieving sleep as the body naturally cools down in preparation for sleep. Drinking hot caffeinated drinks increases body temperature that would have to be lowered before sleep is achieved.

How Much Caffeine is Enough?

Apart from its stimulating ability, it has no nutritional value. Taking caffeinated drinks in moderate levels has no harmful effects on your health. 3 8 oz. cups of coffee will not affect sleep. Consuming 8 oz cups of coffee in 1 day is considered excess and can lead to insomnia.

Caffeine is not digested by the body. It therefore is absorbed directly by the intestines and can take only 15 minutes to reach the farthest nerves of your body. However, it takes long to be destroyed and removed from the body by the liver. Studies show that it has a half-life of 6 hours. Half-life is the time taken to eliminate half the amount of chemical substance from the body. In other words, it can stay in your body for more than 10 after it’s absorbed.

Its stimulating ability can cause physical dependence. Some of the withdrawal symptoms seen in persons addicted to caffeinated products include:

Adults can take certain amount of caffeine with no serious harm. Children should avoid it completely. This is because it is known to not only affect sleep severely in children but suppresses appetite. Since children have less developed kidney and liver the half-life of caffeine is longer.

Other Effects of Caffeine

One of the best ways to avoid it in your diet is to look at the ingredient of the food/drink you take. Be sure to look out for this stimulant “hidden” in products such as chocolate. As you have read above, it takes more than 10 hours to completely eliminate it from the body.

If you have to take a caffeinated product, then do it in the first half of the day. This gives your body time to eliminate it so as to cause minimal disruption to your sleeping patterns. Taking caffeinated drinks a few hours before sleep should is highly discouraged. Remember that it only takes about 15 minutes for caffeine to become active in your body.