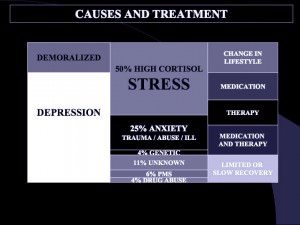 In life, feeling sad is normal especially when you are going through difficult moments. Difficult times can be as simple as a “bad hair day” or as tough as divorce. However, if these feelings of sadness anxiety are left to go on for a long time, depression and sleep problems would be the result. Depression and sleep are closely related in that one enhances or exaggerates the other. Treatment for depression and sleep is usually carried out at the same time.

The Relationship between Depression and Sleep

The relationship between depression and sleep is so complex that it is sometimes difficult not possible to separate them. In addition, depression and sleep problems usually have similar symptoms. As you may know sleep is controlled by the mind. Depression, on the other hand, is a condition that emanates from the brain. Depression therefore severely affects the sleep/wake cycle of a person leading to sleeping disorders.

On the flip-side, sleep disorders can lead to depression. You see, one of the major purposes of sleeping is to get refreshed in the morning. Most people who do not get enough sleep at night are usually groggy and sad during the day. If this feeling of sadness resulting from insomnia goes on for along time, it can lead to depression.

Relationship between Depression and Insomnia

Researchers, clinicians, and even patients have all identified sleeping disorders with depression for many years. Direct correlations between self-reports of sleep difficulty and levels of anxiety and depression are commonly reported in the literature. However, this correlation does not give us any insight into the cause-effect relationship (if any exists) between insomnia and depression. To develop a better understanding of this relationship, a comparison will first be made between depression and insomnia at the physiological level.

The Role of Serotonin

Serotonin is a neurochemical that is known to be associated with depression. Research indicates that patients with depression frequently have lower levels of serotonin in the brain than nondepressives. Common antidepressant medications include a family of selective serotonin reuptake inhibitors, or SSRIs, designed to extend the amount of time that serotonin is present in synaptic clefts in the brain. The medications successfully reduce or eliminate depressive symptoms for many patients.

However, SSRIs have mixed effects on sleeping patterns. They can cause insomnia in some patients while inducing drowsiness in others. When SSRIs are discontinued, either gradually or abruptly, insomnia can result. These effects may be attributed to serotonin’s role in the regulation of REM sleep.

Cause and Effect Relationship

Many studies have found a direct correlation between depression and some type of sleep disturbance. Allgower, Wardle, and Steptoe (2001) found that 27% of survey respondents who met the criteria for depressive symptoms also reported irregular sleep hours (less than seven or more than 9 hours of sleep each night). Monroe, Thase, and Simons (1992) reported similar findings. Self-reports of depressive symptoms and stress were directly correlated to REM sleep latency. Often, these correlations are explained by listing the sleep disturbance among the symptoms of depression. In fact, clinicians, researchers, and even patients themselves often view problems sleeping as simply extensions of depression.

Other studies indicate that symptoms of insomnia are more likely to be observed by clinicians in patients who report themselves as depressed, but lack a clinical diagnosis of depression than in patients who are clinically depressed. A study on the relationships of light, insomnia, and depression found that greater illumination during the day was negatively correlated with both sleep latency and depressed mood. The results of these two studies demonstrate the close and complex relationship between insomnia and depression.

One study (Buchwald & Rudick-Davis, 1993) found that sleep disturbance was reported in 98% of patients in a major depressive episode. Further, 94% of the control group reported no sleep disturbance, suggesting not only that disturbed sleep is a symptom of depression, but it may also be useful in predicting a future diagnosis of depression. Another study found that insomnia may result in subsequent mood dysfunction. These mixed results indicate that labeling insomnia as a symptom of depression may be hasty.

Most of the existing data comparing insomnia and depression are correlational; therefore, causation of one by the other cannot be adequately determined. There are a few studies (Nicassio & Wallston, 1992) that attempt to address a causal relationship between the two, but they are limited in their scope and applicability. Further research is needed to develop a causal link. In addition, researchers should try to explain what must occur in order for depression to lead to insomnia or vice versa. Why does it seem that in some cases, insomnia results from depression, but in other cases the reverse is true? This question must be addressed so that treatment can be more successful.

There are many studies that have been dedicated to trying to understand depression and sleep disorders. A study was done by the National Sleep Foundation (NSF) showed that young people suffering from insomnia or hypersomnia are more likely to suffer from long-lasting depression.

In addition, depression and sleep disorder can lead to a condition known as anhedonia – the inability to experience pleasure from any source. One study done among unhappy adolescents showed that 73% of them did not sleep enough at night. Cases of Depression and sleep disorders among women and the older generation are high. This can be explained by the change in hormones. 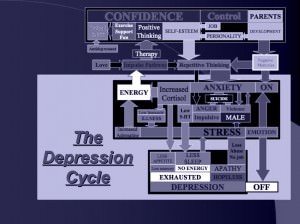 As you can see, depression and sleep disorders can affect all areas of your life and would need to be treated. Treatment for these two disorders usually takes the form of drugs and psychotherapy. Here are some coping tips:

Talk to friends and relatives about the problem.