Jet lag which is scientifically referred to as desynchronosis, which is a condition seen in people traveling by air across different time zones. Basically, jet lag results from confusion of the body’s internal clock by the external factor. The more you cross the times zones, the more serious symptoms of jet lag will be.

Contrary to popular belief, it is not as a result of the length of the flight. In fact, traveling for 10 hours from a location in Europe to Kenya (North to South) may not cause jet lag. However, a 5-hour flight from the east to the West of the US will result in jet lag. It is mostly experienced when you travel from East to West. It is also worth noting that crossing the International Date Line does not lead to jet lag. 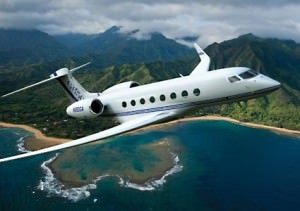 Jet Lag: How it occurs

Sleep is controlled by the sleep/wake cycle or the circadian rhythm which takes 24 hours. When the body is exposed to light, the levels of the hormone melatonin drop but they increase with exposure to darkness. The hormone melatonin results in a drop in body temperature and drowsiness in preparation for sleep.

When crossing to new time zones, the circadian cycle that controls the production of the above hormones is slow to adjust. It is literally left behind by a few days. Before the body’s clock synchronizes with the external clock, the following symptoms of jet lag will be seen:

Basically, the symptoms are similar to those experienced by a person who has not slept for a few days.

Try to select a flight that will lead to an early evening arrival. Ensure that you stay awake up to around 10pm local time. If you arrive early, try to resist the urge to sleep. If you have to sleep, do not sleep for more than 2 hours.