Narcolepsy is a chronic sleep problem that results in excessive sleepiness and even more serious sleep attacks at awkward moments. Narcolepsy can easily be confided with insomnia since both nighttime sleep is disturbed resulting in daytime sleepiness. The sleep attacks can occur suddenly even when the person is hugging. 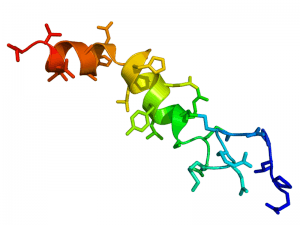 Narcolepsy and Cataplexy: The Sleep Cycle

In narcolepsy, sleep is basically one long stage of REM. In fact, narcoleptics enter into REM almost immediately after sleep. This condition usually begins between ages 15 and 25. However, in most cases, it is rarely diagnosed correctly.

Narcolepsy is thought to affect about 200,000 Americans. Of these 200,000, only 50,000 have been diagnosed. Though this condition has similar prevalence rates as multiple sclerosis or Parkinson’s disease, it is not well known. Narcolepsy can be easily mistaken for the following conditions:

Narcolepsy and Cataplexy: What is Cataplexy?

A cataleptic attack can be partial or complete and it is symptoms include:

Since there is no muscle paralysis in narcolepsy, narcoleptics tend to act their dream when they enter REM – which occurs immediately after sleep.  Cataplexy behaviors are usually seen when the person is falling asleep and when waking up.  Below are the other common symptoms of narcolepsy: 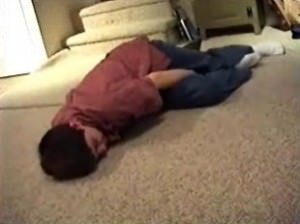 Narcolepsy is a disease that has no cure. However, most of the symptoms notably extreme daytime sleepiness and cataplexy can be managed effectively using drugs and lifestyle changes. Daytime sleepiness is treated using the stimulant. The abnormal REM is managed using antidepressants. A drug called Xyrem has recently been approved for treating narcolepsy with cataplexy. Here are some lifestyle changes that can be used to control the symptoms: