Shift Work Sleep Disorder is a sleep disorder and mainly caused by shift work or work in non-traditional hours. In the US and in most countries, the normal working hours are from 9 to 5. This makes the sleep ping hours to be anywhere between 7 pm and 7 am. The demands of a 24-hour economy have made it necessary for there to be shift work. From an economic point of view, shift work makes sense. Biologically, however, shift work can lead to a sleep disorder referred to as Shift Work Sleep Disorder. 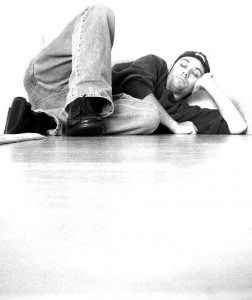 The human mind has evolved to adapt to sleeping at night and be awake during the day. If these sleeping hours are interchanged or overlapped, the circadian rhythm is affected. Shift Work Sleep Disorder is characterized by insomnia and excessive sleepiness. The symptoms of Shift Work Sleep Disorder are even more severe shift work schedule is intermittent or rotating. This condition affects workers who are trying to adapt to shift work.

Despite their attempts to sleep well, the sleeping hours of shift workers are shortened. Excessive sleepiness is manifested in Shift Work Sleep Disorder by the following symptoms:

These symptoms are even worse if the shift worker works for long hours or have many duties to perform. Shift work sleep disorder increased the risk of a person causing accidents. Interestingly enough, shift workers are often involved in work that is dangerous or needs maximum concentration for example law enforcement and medicine.

Light and darkness are the most influential factor in achieving sleep. In the darkness, the body produces the hormone melatonin which induces sleep. Light, on the other hand, lower the production of melatonin. These two factors can therefore be adapted to help combat shift work sleep disorder.

For one, the working place of a shift worker should be as bright as possible to reduce the production of melatonin. For those who work outside like police officers, they are advised to use a light box. It is important that in the morning for shift workers to wear dark goggles so as to minimize the effects of sunlight as they go home. Needless to say, the bedroom should be as dark as possible.

Melatonin is naturally produced by the pineal gland in the evening. The sleep/wake cycle can be reset by taking melatonin supplements in the morning before you sleep. This hormone accelerates your ability to adapt to shift work. Melatonin is one of the few hormones that can be bought over the counter.