Most people know about the effect of obesity on the heart; what they do not know is that poor sleep and obesity are closely related. Statistics from the Center for Disease Control and Prevention (CDC) show that over 65% of people living in the US are either obese or overweight. In 1980, only about 15% of adults have a Body Mass Index (BMI) of above 30(obese). By the year 2000, this figure has risen to about 27%. 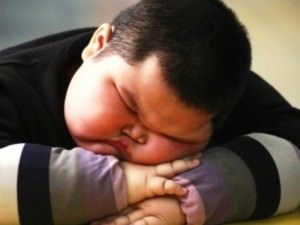 Poor sleep and obesity are related in that as you get huge, the size of the neck becomes bigger. An increase in neck size is associated with high rates of sleep apnea. Sleep apnea is a condition whereby a person experiences moments of lack of breathing during sleep.

Sleep apnea is a serious condition that affects the quality and deepness of sleep. It is also associated with higher than normal cases of stroke and heart attack. Sleep and obesity issues are greatly improved when a person loses weight. In fact, losing weight by 10% reduces the quality of sleep and greatly lowers the severity of sleep apnea.

Another important relation between poor sleep and obesity is that poor sleeping patterns are related to increased cases of obesity. Poor sleep leads to physiologic changes that in turn increase calorie intake and appetite. You see, in sleep-deprived people, the level of leptin – an appetite-controlling hormone- goes down leading to increased appetite and a serious craving for sugary foods.

In fact, most sleep and obesity experts agree the signs of fatigue seen in sleep-deprived people are actually signs of hunger.  As you know, an increase in calorie intake would definitely lead to obesity. It is therefore advisable to sleep well in order to avoid obesity.

Laboratory studies to find the relation between sleep and obesity show that the leptin hormone is lowered by 18%. On the other hand, the hormone ghrelin – a hormone that increases appetite- is increased by about 28%. The combined effects of low leptin and high ghrelin can increase the calorie intake to about 900 calories in a day.

A well-known relationship between sleep and obesity is that people who are obese do not exercise enough. By extension, a lack of exercise leads to poor sleeping patterns. You see, part of the reason why people sleep is that they are tired. If you are not tired, you will find difficulty in sleeping. It has been observed that obese people who begin exercising are affected by hypersomnia – increased hours of sleep– as their bodies more rest after training.

Depression is a condition affecting the mind that leads to sadness and poor moods. The Sleep/wake cycle, on the other hand, is controlled by the mind and is responsible for determining the hours and patterns for sleep. Obesity can lead to low self-esteem thus depression. Depression distorts the sleep/wake cycle leading to sleep disorders.

It is clear that poor sleep and obesity are cousins if not brothers. If you want to lose weight, part of your solution is to lose sleep well. The opposite is also true.