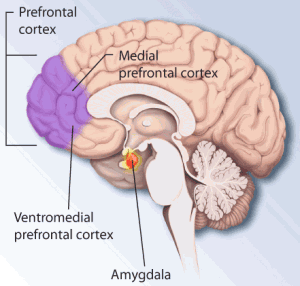 Surveys on trauma and sleep done by the National Sleep Foundation have identified the following as the main causes of sleep disorder after a traumatic event:

Need to be Vigilant

In case of rape or robbery with violence, the mind is made that the traumatic event happened because the victim was not vigilant enough. After the event is over, the victim feels the need to be vigilance so as to prevent a recurrence. This need is even more in darkness and often result is poor sleep patterns.

Trauma and sleep problems are related in that traumatic event are easily re-experienced in dreams. Studies on sleep and trauma show that sleep after a stressful event is mostly concentrated in the N-REM stage. Attempts to enter the deeper more satisfying REM stage are thwarted by the few of re-experiencing the events in dreams. In deed, when the victim enters REM, they are woken up by frightening nightmares.

Trauma and sleep disorders are brought closer together by the constant flashbacks that occur after the traumatic event. Flashbacks are common just be before sleep. To avoid the flashbacks, trauma victims may avoid going to bed.

Trauma and sleep studies have identified Posttraumatic Stress Disorder PTSD as a major cause of sleep problem. IN PTSD, the survivor sinks into deep thought in an attempt to change the results of the traumatic event. PTSD is characterized strong feelings of loss of control and helplessness which interrupt sleep.

PTSD thought are common among rape victim. In this case, the survivor may visualize fighting back and actually winning the battle. However, they only emerge from the thought to face the sad reality that they lost the battle. This results in depression which further reduces the quality of sleep. Research on trauma and sleep has revealed that PTSD is more serious if the traumatic event lasted for a long time.

This is perhaps the most important trauma and sleep tip. While the bedroom is the most ideal place to sleep, it is advisable to sleep at a place where you feel safe. You should definitely not try to sleep where the trauma occurred. If necessary, move away from this physical location and sleep with a friend or relative.